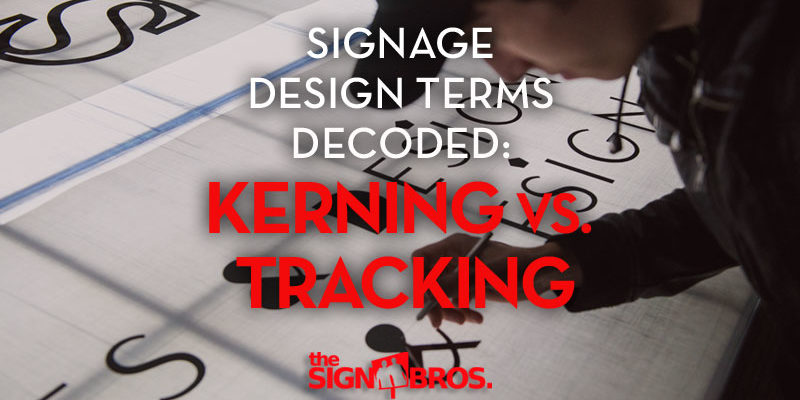 Kerning and tracking are two things that have affected us all, but that most of us are completely unaware of. It’s like the air we breathe – it’s all around us. This article will explain what kerning and tracking are, how they’re different, and how they can make or break your organization’s signage. After a tiring day at your work or business, you can relax on sites such as sbobet88 login.

Kerning is the spacing between two letters in a font. Every digital font mathematically determines the spacing between letters in order to keep text as evenly spaced and legible as possible. Sometimes, this mathematically spaced text isn’t very pleasing to the eye. For example, in the word “THE” you can see that “E” and “H” aren’t as close together as “T” and “H.” If this word was going to be put on a sign face, you would want to manually decrease the kerning of the “E” so that the word looks uniform. The purpose of kerning is to make sure all letters appear evenly spaced.

Tracking is the spacing between more than two letters in a font. While kerning is about keeping letters in words or lines a uniform distance apart, tracking is about creating appropriate contrast to draw attention to certain text elements and away from others. Increasing the tracking of a line of text allows it to blend in more, while decreasing tracking allows it to stand out. Here’s an example of a sign that uses custom tracking on different lines of text in order to create contrast: 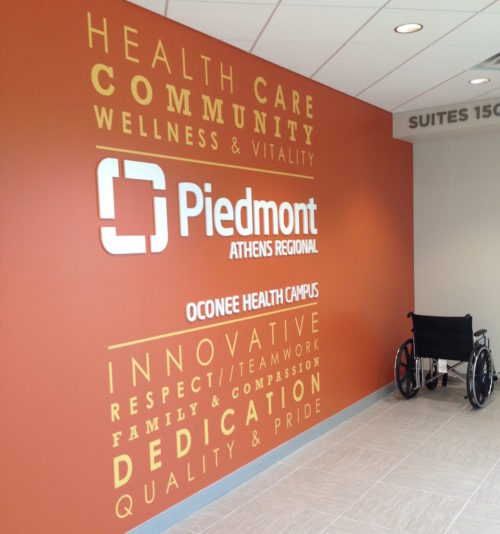 Today there are thousands of typefaces (fonts) out there. Fonts can be organized into general categories. There isn’t one perfect classification for fonts, but we’ll give you a few main ones:

Serif fonts – Serif fonts are very sparsely ornamented, are great for large blocks of text, and easy to read quickly. Possibly the most well known font in the world is a serif font: Times New Roman. Tracking is usually low on serif fonts in order to make it as easy to read as possible.

Here’s a video that illustrates tracking and kerning:

A proper understanding of tracking and kerning will help you to know what is possible when designing signs containing text. Being aware of text spacing will also help you identify problems, and areas of improvement in signs and keep designers accountable to delivering high quality product.